Division of property under the new Code

As a result of all questions and doubts that have arisen from the enactment of the “new Code” (Civil and Commercial Code of Argentina, CCCN in Spanish), which came into force on August 1 this year, we will explain the effects of “Termination of the Community Property System”, mainly what we need to know when a couple decides to divorce, when one of the spouses dies, or when they decide to opt for a different property system and need to divide assets after the dissolution of marriage.

Nowadays the law allows us to choose the way in which we want to “administer” our matrimonial property so that couples can select what property system will govern their marriages by executing a marriage settlement.

Section 446 of the new Code expressly contemplates “Marriage Settlements” and provides that “before the celebration of marriage, prospective spouses may enter into settlements only for the following purposes: a) to designate and valuate the assets that each spouse brings into the marriage; b) to list debts; c) to list donations made to each other; d) to opt for any of the property systems provided under this Code.”

Although the Code provides that prospective spouses may sign marriage settlements, it also limits the scope of said settlements. As opposed to what most people imagine, the law stipulates a strict framework of what terms the parties may agree on. Outside this legal framework, spouses cannot dispose of property in any way. If they do so, the law states that such disposition will have no effect.

The principal amendment relates to the fact that now spouses can opt for a system of division of property, under which they keep the right to freely administer or dispose of their premarital property.

At this stage we may conclude that the most significant change not only relates to the possibility of choosing one system or another, but also to the right to agree to change it, whether choosing between the division of property system or the community property system. For this to be possible, two requirements must be met. First, spouses must have kept the adopted system for a period of at least one year. Second, the settlement must be made by a notarially recorded instrument. However, if the parties are silent, that is, in case spouses do not make any marriage settlement or do not agree on any property system in the settlement, the community property system will apply by operation of law, as the situation was before the new Code.

“In my view, the Commission correctly chose not to do what Italy implemented after the Code of 1942, when it changed the system in force at that time thus generating a strong opposition from the society, who was not accustomed. Here we thought that the same thing could happen. That’s why the community property system was chosen as a legal and suppletory system “, explained attorney Pedro Di Tella during a seminar held at University of Buenos Aires Law School (UBA).

Another relevant issue to point out is that spouses who got married before the new Code came into force have the right to change systems, as long as they meet the statutory requirements: time in the system (one year) and written settlement made by a notarially recorded instrument. Such change of system does not require any leave or acknowledgement from a court.

So far this is what the parties may “choose”. Nonetheless it is important to highlight, as we have mentioned before, that the freedom of choice is restricted by what is called Régimen Primario (Primary System) based on mandatory and unalterable rules which apply whatever system the parties may have adopted, and on the principle of joint and several liability, family responsibility, and protection of family and other persons. Consequently, any agreement to the contrary will be of no effect.

What we need to know is that despite the amendments made by the new Code and the property system adopted, in every marriage spouses must comply with the following:
– neither spouse may dispose of the matrimonial home, nor of moveable property and property used for work without the other spouse’s consent.
– they must contribute to support themselves, the home and their children in common, in proportion to their resources. If one of them fails to do so, he or she could be sued in court.
– they are jointly and severally liable for the obligations assumed by each of them to meet family common necessities and children’s maintenance and education.
Apart from these cases and except as otherwise provided by the marriage system law, none of the spouses is liable for the other’s obligations. Not only prospective spouses may choose a property system, but they may also specify in the settlements what assets they bring into the marriage, which debts are still due, and what donations they have made to each other.

To sum up, it is important to realize that all these amendments have not been made in a capricious way, just because a substantive reform of the code was needed. The reform of the Code represents and consolidates the solutions provided by case law and legal authors to the social and cultural changes of the last decades as a result of the absence of express rules. 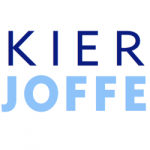